David amazes me. I admire that a young man would take on a lion and a bear without anyone's help.  I admire that he would take that same courage and confidence into a battle against a skilled warrior. I am amazed that he could move back and forth from the king's household to the sheepfold. Yet I am particularly impressed by his restraint. 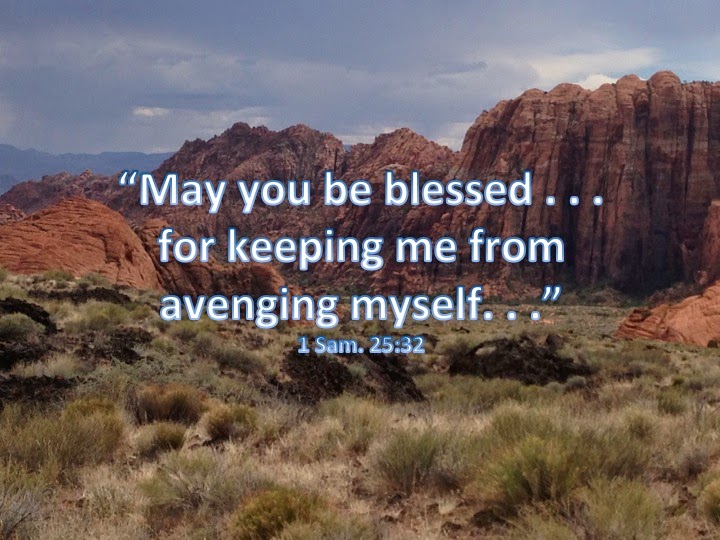 When David was offended by Nabal, he almost lost it. He marched against Nabal but then listened to the advice of Abigail. In the end, he thanked God for restraining him from avenging himself. Twice he could have killed Saul but refrained; he explained to his friend that the Lord would strike him but "the Lord forbid that I should lay a hand on the Lord's annointed".

It seems to me that I often start out with great intentions into service, ministries or missions. Somewhere along the line, I become frustrated with those who are less committed to the cause. In those moments, to simply take care of my heart and let the Lord deal with the rest is not easy. Jesus, in his last conversation with Peter on the beach, called him to do the same - take care of his own life while letting the Father deal with others.

For some, that is probably not a hard challenge. For those of us who feel a deep sense of justice, who were raised on "The Pursuit of Excellence" principle and who tend to live in leadership, it can be a great challenge. One which David seemed to handle well; one in which I will try to grow.